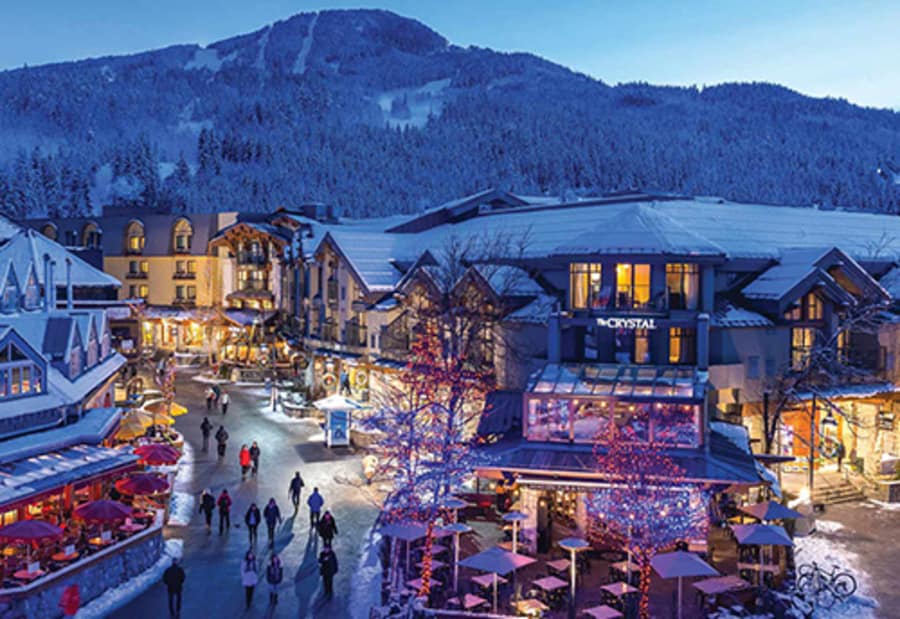 We are living through one of those times in history when everything changes – a  moment in time we will collectively come to describe in terms of ‘before’ and ‘after.’

In the context of the travel industry, that moment came when the novel coronavirus pandemic was declared.

Before the virus, travel was cheap, plentiful, and pretty easy. ‘Overtourism’ was a problem that risked ruining sites from Machu Picchu to the Louvre as 1.4 billion tourists circled the globe last year.

After COVID-19, everything will be different.

The moment in time we are experiencing now is not unlike 9/11 – a sudden shock to the system that will lead to permanent changes, that will eventually come to feel routine.

Air travel is down by 95 per cent, the Las Vegas strip has gone dark, cruise ships are stuck in port, and the ‘happiest place on earth’ — Disneyland — faces an uncertain path to reopening.

For each one of those examples, there are thousands of people directly impacted; the taxi drivers, baggage handlers, pilots, hotel cleaners, gate agents, waiters, and ticket takers, have all taken a direct hit.

The travel sector has grown to make up about one in ten jobs, worldwide, according to the World Travel and Tourism Council (WTTC).

“It is across the board,” said Gloria Guevara, WTTC president, “because of the connectivity.

To claw its way back, the industry is going to have to make serious and permanent changes, which will, in turn, change the way we all travel.

“I hope they don’t think that things are going to be exactly as they were prior to COVID-19,” cautioned Lori Pennington-Gray of the University of Florida’s department of tourism, hospitality and event management.  Her department maintains a ‘travel anxiety index,’ tracking how the public feels about travel – to no one’s surprise, fear and worry have shot through the roof – up 311 per cent at their peak.

An Ipsos poll conducted exclusively for Global News found only 20 percent of Canadians are likely to travel outside the country in 2020, even if it’s allowed, while 50 percent said they were not at all likely.

That same poll found only slightly more openness to domestic travel – 37 percent would travel outside of their home province if allowed.

Travel faced a perception problem, starting in the early days of the pandemic when cruise ships became a high-profile breeding ground for the virus.

There was the Diamond Princess, the Zaandam, and the Westerdam – to name a few.

And there was the Grand Princess, which Bob and Dorothy Grubb of British Columbia, were on board as people started to fall ill.

They first noticed something was wrong when their favourite waiter, a man named Xavier, wasn’t there for dinner service.

“One evening he just wasn’t there and I asked what happened – ‘oh he’s off sick’,” explained Bob Grubb. “He was back the next day and I said ‘Xavier you look tired’ – he said ‘I’m okay.’ The next day, Xavier isn’t there, he’s off sick again.”

“Off to our cabins, meals placed at our door with a knock at the door and that was the end of any contact with people,” recalled Grubb.

After days of waiting for a plan to exit safely, they were repatriated to Canada, and rode out quarantine in Trenton, Ontario, before being allowed to return home.

That was probably the last cruise the Grubb’s will ever take.

“We’ve made the decision — we are not going on a cruise — period. End of story. Too risky, too risky,” he said.

The entire travel industry, from check-in, to check-out, now faces the same existential problem: how to keep travellers from infecting each other, while convincing them it’s safe to travel again.

“More than 60 percent expect that the industry is going to have to provide PPE for the visitors at touchpoints throughout the travel experience,” said Pennington-Gray of her own research, adding that 70 percent of travellers will want to know exactly what measures are being taken to keep them safe.

Just as airport security was dramatically and visibly stepped up after Sept. 11, 2001, health checks will become part of every trip.

Anyone getting on to a plane, boarding a cruise ship, or checking into a hotel should expect to have their temperature taken. They may face a health questionnaire. They may have to register their contact information so that they can be tracked down and quarantined if they’re exposed to someone who is sick. Advances in rapid testing could make regular virus checks as routine as carry-on size containers for liquids.

“Health checks are here to stay,” said Brian Kelly, founder of the travel web site The Points Guy. Kelly points out some airlines have already implemented them.

“Emirates is actually doing instant COVID tests and Etihad has temperature checks on their checking kiosks. And those are just a couple of the ways that the travel experience will be changed forever.”

Air Canada became the first airline in the Americas to require temperature checks.

Governments and airlines increasingly require that passengers and crew wear facemasks too – they’re now mandatory in Canada, and most airlines in the U.S. have begun to demand them.

Onboard, in-flight service has been scaled back to a few pre-packaged items, handed out by flight attendants in gloves and masks. The airlines have stepped up deep cleaning of seats, tray tables and luggage bins.

A company called Germ Falcon is even developing a piece of equipment that looks like an airplane drink cart with glowing wings of ultraviolet light, that can be pushed down the aisle to disinfect the entire cabin between flights.

Behind the scenes, airports are grappling with everything from baggage disinfection to touchless check-ins to minimize points of contact and potential infection.

Facial recognition, which was already being tried at some airports, could become the norm, replacing manual ID checks.

Hilton Hotels has announced a partnership with RB, which makes Lysol and other cleaning products, to set new standards for hotel cleaning in conjunction with the Mayo clinic.

Rental car companies have stepped up cleaning, and are moving to contactless service.

Cruise ships may face the most complex situation of all, even as they prepare to return to the sea as early as August.

2:49B.C. health officials advise against cruise ship travel this summer
“Because frankly, if everyone on the ship is [virus] free, cruises can be the safest place in the world to be during an outbreak.”

There are still unanswered questions about how any business that relies on placing people in a confined space, will overcome the hurdle of physical distancing.

The days of the hotel breakfast buffet are probably over.

Airlines have tried (and recently failed) to keep middle seats empty, but that may not be viable for companies that are already in dire financial straits.

“More than 65 percent said they would be willing to accept a higher price in order to ensure that they’re going to be safe,” said Pennington-Gray, about respondents to the Ipsos travel poll.

Travellers likely have no choice but to expect higher prices.

Air Canada reported a loss of more than $1 billion in the first quarter of 2020. Delta Airlines has reported losing more than $60 million every day.

Like most airlines, they are downsizing their fleets and scrapping older planes.

That means fewer flights and likely higher fares. Some airlines may not survive this crisis, further reducing competition and available seats.

“The industry will consolidate the weak airlines which long term, I’m nervous that prices will go up,” said Kelly.

If there’s a long-term requirement to keep passengers spaced out in the cabin, “yeah, that sounds great, but the consumer is going to pay for it,” he warned.

Before we can transition from the world we knew before, to the world after coronavirus, we need to get through this current moment.

International borders remain closed, and many nations have imposed requirements for visitors to quarantine for 14 days upon the arrival.